How can I impress her?

Whilst you can’t make a woman fall in love with you, you can make yourself more desirable by following these tips. Use manners and don’t be rude to her or anyone else. This includes listening, asking questions and paying a genuine interest in what she has to say. You should also be well groomed, smell good and be punctual. Small gestures like holding a door open show a chivalrous nature. Be charismatic, fun, and flirty. Compliment the way she looks and her personality. Make the decision about where you are going and what you are doing and do not let her pay.

You might think that to really impress a girl you need to make a grand gesture and spend a lot of money. However, it is the opposite; the little things often matter the most. For example, having manners and morals which are both absolutely free but speak volumes about an individual. A careless remark or a rude gesture can completely turn the tables and send her running for the hills!

All the small things you do or don’t do will help a woman decide pretty quickly if you are worth her time. Here is a list of things you should by taking note of if you want to impress her: 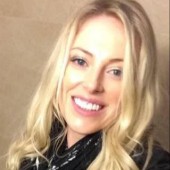 No one educates us on romantic relationships which leaves most of us lost and confused when it comes to the dating game. I am driven to help others not make the same mistakes I have! After kissing far too many frogs I met my prince and I’m here to help you find yours too! Don’t waste time the wrong guys/girls and find the the love of your life!

How do you know you’re dating?

How Do You Date Someone?

How do you start a conversation with a girl online?